The Caterpillar on the Structural Hedge

But the bank’s earnings are only protected for a specific period – the duration of these hedges. Banks typically use rates between 3 and 5 years when setting these hedges. Banking executives have described this as a caterpillar slowly climbing along the graph of long-term interest rates. As the hedge from previous years expires banks have the choice of renewing the hedge at current interest rates or holding off in the hope that rates rise at some point.

In recent years, falling interest rates, particularly after the Brexit vote means that these hedges are now paying out for the banks. In the first six months of this year, Lloyds, RBS and Barclays earned the equivalent of £4.2 billion annually from their hedges. If longer-term interest rates remain low then this revenue will gradually disappear – perhaps as much as £500-£800 million a year.

“As at 30 June 2016, the current notional hedge was c.£120 billion with an average duration of c.3 years and an earning rate of approximately 1.3 per cent over LIBOR. In the first half of 2016, income from the Structural Hedge totalled £0.8 billion over LIBOR.” – Lloyds Banking Group

How might banks respond to these headwinds? Well they could always expand the size of the hedges or lengthen their duration.

Banks could also continue to cut interest rates on savings accounts and current accounts – but many of these already pay no interest, so cannot be cut further. Instead, banks might decide to try and increase fee income, by pushing “reward” accounts with monthly fees or even to start charging for holding deposits. RBS sent letters to its business customers changing the terms and conditions, allowing it to charge businesses for holding deposits.

In its 2016 interim results the RBS CEO explained:

“In terms of management actions, well, it’s not a complex; growth asset side margins on the liability side, repricing down towards zero. I think, increasingly, you’ve seen a structural shift in terms of we started with things like the reward account, where we’ve now got 800,000 customers paying us £3 a week — a month for that account. We’ve got about one-in-five of our current account holders now paying us fees.”

But despite these actions he also said that the low interest rate environment could lead to a period of “structurally…lower” profitability for the UK banking sector.

Banks have been improving disclosures of the impact on their profitability of the low-interest rate environment but they may need to disclose more detail as the rolling off of the structural hedges becomes more important. It all depends on what happens, as Barclays said in its 2016 first half conference call:

“it’s quite hard to see directly in there how the structural hedge will roll off. We are rolling our hedge, as you’d expect us to do. It’s a hedge, so we continue applying it. It really depends on the shape of the curve as the caterpillar rolls down”.

Whether the caterpillar reaches the lower for longer interest rates which would have the greatest impact on bank profitability remains to be seen. Since the election of Donald Trump as 45th President of the United States, long-term interest rates have increased. If this continues, then the Trump victory could stop this caterpillar from having such a damaging impact on bank profits.

[4] Percentage of 2015 adjusted profit before tax 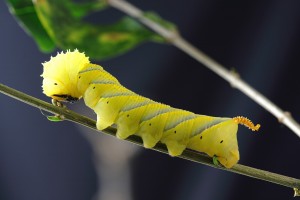