10 years since the financial crisis: May 2007 – RBS bid for ABN Amro – the wrong price, the wrong way to pay, at the wrong time and the wrong deal

10 years ago today an RBS-led consortium formally launched a €71.1 bn takeover offer for ABN Amro. This was the described as the wrong price, the wrong way to pay, at the wrong time and the wrong deal. UK taxpayers would be on the wrong end of a £46 billion bail-out of RBS and are still waiting to get their money back. What happened in the run-up to the deal? What went wrong and where were those who should have been urging caution?

Barclays had indicated its interest in ABN Amro in March 2007 and in April had announced the terms of an all share deal. The Barclays bid was worth €36.25 per ABN Amro share – more than 33% higher than the price on 16 March 2017 when news that Barclays and ABN Amro were in talks was announced.

Sir Fred: “Stop being such a bean counter”

RBS had approached ABN Amro in April as part of a consortium involving Santander and Fortis asking for talks and access to the books. In response ABN had entered negotiations with Bank of America to sell its Chicago-based banking business, LaSalle, which Goodwin would describe as the “jewel in the crown” of the deal. This prompted a furious response from the RBS CEO:

“When Sir Fred learned of what had happened he was furious and called UBS banker John Cryan, who had helped broker the deal and had been a close adviser of Goodwin’s in the past. The conversation was what one colleague described as the “Fred hairdryer”.

Cryan had been against RBS buying ABN from the start and had warned Sir Fred against doing the deal, telling him he was “extremely concerned” about the impact it would have on the bank, particularly its capital ratios.

In one note, Cryan wrote to Sir Fred warning him about ABN’s exposure to subprime: “There is stuff in here we can’t even value.” Sir Fred replied saying: “Stop being such a bean counter”

In fact, ABN Amro had established a business structuring Collateralised Debt Obligations in Q1 2007, much later than other banks. Indeed, on 31 May 2017, just two days after the bid, a part of ABN Amro assumed the risk on a $909 million mortgage CDO transaction arranged by Goldman Sachs and “Fabulous” Fabrice Tourre. The contents of this CDO had, in fact, been selected by hedge fund manager John Paulson as part of his “Big Short” against the US sub-prime mortgage market. RBS would eventually lose $841 million on this transaction as the securities turned out to be almost worthless. There were important deficiencies in RBS regarding the “assessment, monitoring and reporting of risks” associated with the expansion of the CDO business and the retention of CDOs on the RBS balance sheet. RBS itself had continued to issue CDOs in the first half of 2007 and by mid-2007 had retained $3.6 bn of the highly-rated portions on its balance sheet as it had been unable to sell them. Some saw buying ABN Amro and its CDOs as “doubling down to death” but were ignored.

RBS management clueless about the CDOs

In May the management of the RBS investment bank was still unclear about the extent to which CDOs were impacted by difficulties in the sub-prime market but was paying increasing attention to the subject. For example, on 14 May 2007, Johnny Cameron (Chairman of the RBS Investment Bank) asked Brian Crowe (CEO of the RBS investment bank) for an explanation of why the daily profit and loss summary for debt capital markets was worse than asset-backed securities and in particular ‘how much leakage of sub-prime into CDO business? … I’d like to be clear in the truth circle before thinking what to say to others who currently think our issue is all abs [asset-backed securities]’. Mr Crowe responded stating ‘CDO is all sub-prime related’. In an interview with the FSA team investigating the failure of RBS, while Mr Cameron could not recollect when he became aware that the value of super senior CDOs was threatened by developments in the sub-prime market, he explained that:

‘I don’t think, even at that point, I fully, I had enough information. Brian may have thought I understood more than I did… And it’s around this time that I became clearer on what CDOs were, but it’s probably later.”

RBS acquired the CDOs and other trading assets from ABN Amro and by the end of 2007, it held £470 billion of assets in its trading book, but these were only backed by capital of £2.3bn. This meant that this complicated pyramid of risk was sitting on a tiny sliver of capital.

RBS will “act prudently”, but the Board unanimously supported the deal

Earilier in April, at the RBS AGM, the bank’s Chairman, Sir Tom McKillop said: “RBS will act prudently and will only proceed if it is in the best interest of shareholders to do so,” The RBS board unanimously supported the deal. It did not undertake any penetrating analysis of the risks in terms of capital or liquidity. The Board was fully aware that it could only undertake extremely limited due diligence in respect of ABN Amro.

In terms of strategy the Board was much more focused on revenue on profit than on the overall size of the balance sheet. Non-Executive Directors insisted that they had been able to challenge the executive but gave few clear examples of proposals which were substantially amended following Board challenge.

The investment banking advice which the RBS Board received was provided by advisers, led by Merrill Lynch, who would receive 83.3% of their fees only if the deal went through. The Wall Street Journal reported that one investment banker at Merrill Lynch received a $12 million one-time bonus for advising on the RBS/ABN Amro deal.

The regulator, the FSA was not sufficiently engaged in examining RBS’s bid and did not test in detail the potential capital and liquidity implications of the acquisition. Nor did it challenge sufficiently the adequacy of RBS’s due diligence. The FSA would later put forward the excuse that it had neither a responsibility to approve the acquisition, nor a defined approach towards major takeovers. At the time the FSA’s supervisory philosophy encouraged supervisors to place reliance on assurances from banks’ senior management and boards about strategy, business model and key business decisions.

On May 29 2007, RBS launched its bid – €38.40 per share – but unlike the Barclays deal, 79% of this would be in cash and only 21% in shares. Sir Fred Goodwin was reported in the FT as saying that the deal “was not easy but eminently do-able”, adding that the level of cost-savings that could be achieved by the consortium would be greater than that of Barclays. “These are in-market synergies – we have options to achieve higher levels at less risk as we operate in the same markets,” he said. “I don’t think I want to be the world’s number one universal bank.”

RBS’s stated strategic rationale for the bid focused on acquiring a number of ABN Amro’s businesses:

RBS’s share price on 29th May closed at 5,470p – compared to just 266p today – losing shareholders more than 95% of their investment in ten years.  We will review what happened in between the takeover being launched and its conclusion in a future blog. 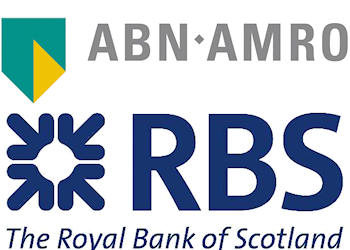