EVENT: “Uncharted Waters – Whither Central Banking?” – Claudio Borio, Head of the Monetary and Economic Department at the Bank for International Settlements

A talk by Claudio Borio, Head of the Monetary and 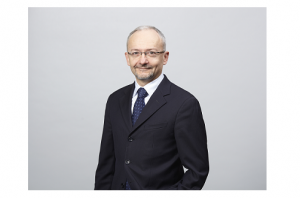 Economic Department at the Bank of International Settlements

Mr Borio will address the question of the future of central banking, with particular focus on the relationship between monetary policy and financial stability. He will outline the economic, intellectual and institutional challenges faced by central banks, ask whether the lessons drawn from the Great Financial Crisis are the right ones and, if not, what could be the risks for the global economy and what could be done about them.

1) Economic: owing to the long-lasting scars inflicted by the GFC, they have largely been left alone to bear the burden of lifting the global economy back onto a stronger, more balanced and sustainable path – a Herculean task.

2) Intellectual: they have had to do so while recognising that their benchmark analytical frameworks failed to anticipate or ward off the crisis.

3) Institutional: their autonomy may come under threat given the growing range of tasks pursued and a widening gap between what they can deliver and what they are expected to deliver.

The presentation will explore these issues by asking three questions:

Claudio Borio is Head of the Monetary and Economic Department at the Bank for International Settlements (BIS). At the BIS since 1987, Mr Borio has held various positions in the Monetary and Economic Department (MED), including Deputy Head of MED and Director of Research and Statistics as well as Head of Secretariat for the Committee on the Global Financial System and the Gold and Foreign Exchange Committee (now the Markets Committee). From 1985 to 1987, he was an economist at the OECD, working in the country studies branch of the Economics and Statistics Department. Prior to that, he was Lecturer and Research Fellow at Brasenose College, Oxford University. He holds a DPhil and an MPhil in Economics and a BA in Politics, Philosophy and Economics from the same university. Claudio is author of numerous publications in the fields of monetary policy, banking, finance and issues related to financial stability.

Do join us for what we expect to be an insightful event. Please could you confirm your attendance by contacting dominic.lindley@newcityagenda.co.uk