On 2nd February 2017, six people, including two former employees of HBOS, were jailed for a total of over 47 years. This was the culmination of Operation Hornet, a six year investigation by Thames Valley Police and the Crown Prosecution Service into fraud in HBOS – one of the UK’s largest banks. Anthony Stansfeld, Thames Valley Police and Crime Commissioner will discuss the lessons from this case, how it was concealed for so long and the solutions to get justice for victims and improve the investigation of fraud.

Funded by the proceeds of the fraud, Lynden Scourfeld, an HBOS banker and his fellow conspirators had embarked on a spending spree involving yachts in the Mediterranean, villas in Barbados and Majorca, prostitutes, overseas bank accounts, and a general high life. This was at the expense of the shareholders of the bank, and many small and medium-sized companies which were bankrupted and ruined. Hundreds of millions of pounds were lost and livelihoods were destroyed.

In recent weeks, Project Lord Turnbull, a report prepared by an employee of Lloyds, has been released into the public domain and contains allegations concerning what HBOS, Lloyds and their senior executives, lawyers, auditors and insolvency practitioners knew about the fraud and what actions they took.

Anthony Stansfeld will use his experience of this landmark fraud case to discuss the implications for the integrity and ethics of our banks and the effectiveness of the regulatory bodies to police them:

Anthony Stansfeld is the Thames Valley Police and Crime Commissioner, having been elected in November 2012. He is currently a member of West Berks Council, and was a member of the Thames Valley Police Authority for several years taking over as Chairman of the Performance Committee in 2011. He has had a career in both the military and in industry. He enlisted in the Army at 17 and joined the Royal Green Jackets where he saw active service as a platoon Commander in Borneo and Northern Ireland. He learnt to fly helicopters at Middle Wallop and commanded various Army Air Corps Squadrons, including the Army helicopters in the Falkland Islands in the latter half of 1982. He spent 2 years as Chief of Staff Intelligence in the Far East. On leaving the Army he was Marketing Director, and then, for 6 years, Managing Director of the aircraft company Pilatus Britten Norman. 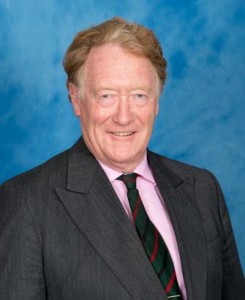