It is 10 years since BNP Paribas suspended withdrawals from three of its hedge funds – citing a complete evaporation of liquidity in the market. It was the first ripples of a credit crunch which would devastate the UK and worldwide banking systems. The economic, political and social effects of the crisis are still being felt today.

It was the start of the credit crunch but it was still business as usual for many banks in 2007. RBS shareholders were about to overwhelmingly approve the acquisition of ABN Amro – a catastrophic deal for shareholders and UK taxpayers who would bail out the bank with £46 billion. HBOS was still dramatically expanding its lending to property companies. Banks were providing incomplete information about their exposures. In the words of the Chairman of RBS – they never imagined that financial instruments which had been rated AAA by ratings agencies could decline by 90%. Northern Rock got into difficulty in September 2007 but it was still over a year before the failure of RBS, HBOS and Lehman Brothers. Record bank bonuses based on illusory profits were paid out in early 2008.

But August 2007 is important because it was the start of a slow-motion car crash for banking systems. Northern Rock was the first to go – its business model was very risky. The CEO told the Treasury Committee that Northern Rock funded its lending from the United States, Europe, the Far East, Canada and Australia. He said that was deliberately so that if “one market closed” it “would still have access to others.” He said that the idea that all of these markets would close simultaneously was “unforeseen”. This sort of excessive optimism was shared by many regulators, central bankers and politicians in the run-up to the crisis.

10 years on it is worth reflecting on the progress which has been made and asking whether the crisis could happen again. Unfortunately, banks still don’t have enough capital, the rules to improve accountability of bank executives have already been watered down and cultural change in the industry is still unfinished business.

More Capital – But Still Not Enough?

Its good that ring-fencing of retail banking is being introduced by 2019 and yes, banks now do have to hold more capital than prior to the financial crisis.

But, as Martin Wolf said: “Tripling the previous requirements sounds tough – but only if one fails to realise that tripling almost nothing does not give one very much”

Sir John Vickers told New City Agenda that when the Bank of England was setting the new capital requirements it assumed average risk conditions – which he said was a bit like setting the level of flood defences by assuming average weather. He said that it was also in effect assuming that when setting capital requirements that the Bank of England was “clairvoyant and extremely agile” – but we all know the world just does not work like that.

As Robert Jenkins, a former member of the Bank of England’s Financial Policy Committee has noted: the credit crunch was caused by a mixture of greed, stupidity and leverage. His conclusion: “we will not abolish greed. We cannot outlaw stupidity. But we can and must address excessive leverage. Have we done so? No”

Lack of Accountability for Senior Bankers

The public was very angry that those at the top of the banks escaped accountability. Reforms recommended by the Parliamentary Commission on Banking Standards on which I served have already been watered down.

There was an aggressive sales-based culture in many of the UK’s banks. Mis-selling of PPI alone has cost the UK’s banks more than £43 billion in redress – more than 4 times the cost of the London 2012 Olympics. But the only senior executive fined personally for presiding over PPI was the Chief Executive of Land of Leather – a sofa shop.

More people were sanctioned following the failure of Barings bank in 1995 than for the failures of Northern Rock, RBS and HBOS combined.

4 years after the Parliamentary Commission recommended that the FCA reviews the way it sets penalties to increase the level of fines on banks and individuals, this hasn’t been done. In the meantime banks, other financial firms and individuals have enjoyed more than £1.2 billion of discounts off FCA fines.

This is the story of attempts to hold individuals and banks to account for mis-selling and misconduct: Well-intentioned statements are made – but once the public pressure is off the approach is watered down, first by politicians and then by regulators. We cannot allow that to happen again.

There has been a change in the tone from the top of the UK’s largest banks. But the jury is still out as to whether that culture change is reaching the frontline. There needs to be transparency about the individual progress banks are making. Memories are short – Willem Buiter told the Treasury Committee that the half-life memory in the financial services industry is about 3 years. Banks face many demands on their time including continued pressure for short-term performance. However, we need sustained effort at cultural change if banks are to regain the trust of the public. There also needs to be transparency about the progress individual banks are making.

There needs to be a focus on driving cultural change down through all levels of the organisations. This can only be achieved through banks asking how their culture is lived on the front line. It is vital that culture change enables employees to feel like they can actually serve their customers’ needs in a better and fairer way and feel as though they are rewarded for doing so. This needs continued efforts from banks, investors, regulators, professional standards bodies and politicians.

Could the Crisis Happen Again?

Households are saving the lowest proportion of their income since 1963. The Buy-To-Let mortgage market has grown by more than £100 billion since 2007. House prices, particularly in London remain very high and have exceeded their peak in 2007.

Ask yourselves if those who are supposed to be providing checks and balances over banks such as shareholders, auditors and regulators have dramatically improved their ability to spot problems and have the courage to take action before difficulties arise? Today, would whistleblowers have their concerns taking seriously or would they find themselves out of a job and with the regulator failing to act on their information?

It is worth remembering that in 2006 the IMF’s Global Financial Stability Report said that “the dispersion of credit risk by banks to a broader and more diverse set of investors, rather than warehousing such risk on their balance sheets, has helped make the banking and overall financial system more resilient”. It noted that this dispersion would help to “mitigate and absorb shocks to the financial system’ with the result that “improved resilience may be seen in fewer bank failures and more consistent credit provision”. In July 2007, Treasury Secretary Hank Paulson said “The US banking system is well-capitalised”. In August 2007, the Governor of the Bank of England said that there was a – “very key point here, which is that our banking system is much more resilient than in the past.” Therefore, immediately before the financial crisis, the IMF, Hank Paulson and the Governor of the Bank of England were all proclaiming a sound financial system.  So the watchword has to be caution, caution, caution. 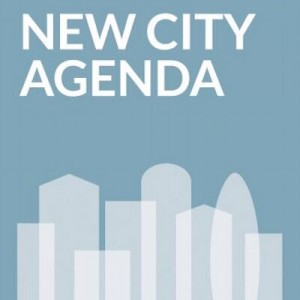