EVENT: Professor Anat Admati – “What’s Wrong With Banking and What to Do About it”

New City Agenda is delighted to invite you to 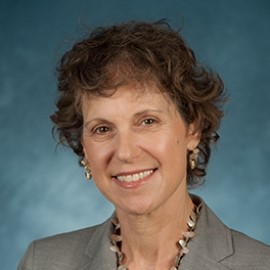 What’s Wrong With Banking and What to Do About it

To register for the event, please email dominic.lindley@newcityagenda.co.uk

Professor Admati will outline how the banking system can be reformed to increase safety, but without sacrificing economic growth.

Anat Admati attracts growing attention from politicians and commentators alike. After being named by Time magazine as one of the world’s 100 most influential people of 2014 she was the driving force behind this year’s “Finance & Society” conference held at the I.M.F. in Washington. Last year she was invited, along with five other economists, to a private lunch with President Obama to discuss her ideas.

Anat is George G.C. Parker Professor of Finance and Economics at the Graduate School of Business, Stanford University and has written extensively on corporate governance and banking. Her 2013 book, written with Martin Hellwig of the Max Planck Institute, The Bankers’ New Clothes received wide acclaim; as Martin Wolf from the Financial Times commented at the time ”Read this book. You will then understand the economics. Once you have done so, you will also appreciate that we have failed to remove the causes of the crisis”

The Bankers’ New Clothes calls for ambitious reform and outlines specific and highly beneficial steps that can be taken immediately to make the banking system safer and prevent future crises.