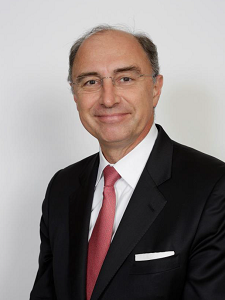 The result of the referendum on 23 June led to political change, economic volatility and uncertainty for the UK’s business community. In particular, the medium to long-term impact of the vote on the UK’s financial services industry is largely dependent on what happens next in terms of the Brexit discussions between UK Government, the European Commission and member states.

Much has been written about the risks posed to London and to what extent the post-Brexit regulatory environment and resulting market infrastructure might impact the ability of the UK’s markets to service the needs of the real economy and might hinder UK’s magnetic ability to attract talent, capital and investment, thus damaging London’s reputation as a truly global financial centre.

Xavier Rolet, Chief Executive of London Stock Exchange Group, is uniquely poised to comment on current market conditions, given the Exchange’s role at the heart of the world’s financial community, and the steps that now need to be taken to protect London and the UK financial ecosystem – from the multinational to the 5.4 million UK small and medium sized enterprises– in the months and weeks ahead.

He will explain why there is a need for policy makers to recognise the importance of financial services in terms of its benefits to the UK economy and the role of markets as an enabler of growth for businesses and job creation, regardless of sector, size or location. London has weathered many economic storms previously and ensuring, post-Brexit, that it can emerge and continue to compete on the global stage should be a key priority, for example, securing effective passporting arrangements or maintaining its world-leading clearing activity.

Xavier Rolet was appointed Chief Executive on 20 May 2009. Prior to this, he was CEO of Lehman Brothers in France from July 2007 to 7 January 2009. He became a member of Lehman Brothers’ European Operating Committee in 2003, having joined the firm in February 2000 in New York as co-head of Global Equity Trading.

Xavier attended Columbia University Graduate School of Business, where he gained an MBA in January 1984. He is also a 2008 graduate of the post-graduate Institut des Hautes Etudes de Defense Nationale in Paris. He is a member of the Board of Overseers of Columbia Business School and an Honorary Fellow of the Chartered Institute for Securities and Investments, FSCI(Hon). He is also a member of the Financial Services Trade and Investment Board at HM Treasury.